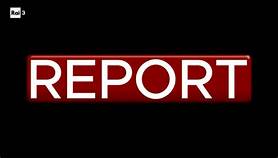 by SAUDEY
MMN visited Huda Islamic School on the 14th of December 2019 for its end of year monitoring and Mentorship session. Members present at this session were
– Saudey Kokroko
– Rabiatu Ahmed Otoo
-Rabiatu Abdul Hameed.
Arrival
The team arrived at the Madrasa at exactly 10:00 am where we were  received by three of the Ulama’s of the Madrasa. There were  (30) girls available for the Mentorship, 15 of the girls were senior High School Students, 3 of the girls had just graduated from their respective institutions and 13 of the girls were Junior High School Students and the rest of the girls were in upper primary school.
We began the session by reminding the girls about who Muslimah Mentorship Network is and its goals. We asked the girls to give us a brief summary of their year so we can take the communication from there. They were hesitant at first so we decided to ask them individually. The responses were “nothing happened ” after a little nudge, they gave in and started to talk about their experiences during their school year.. Majority of the girls from Accra girls claimed their major concern was that their school didn’t allow them to wear their Hijab in school but they could wear it from home but remove it at the entrance of the school.
One of the girls wanted help with her studies because she finds it difficult to study and the pass her exams.
We asked the graduates what their next plan was regarding their future. They all said they didn’t want to go back to school and they were all helping take care of their parents shops which meant there was no plan in sight.
We advised the girls on the need to Empower themselves through education. Sister Rabiatu Otoo spoke to the girls on some of the challenges of life without knowing one’s self. “it is important to know yourself, and you can do that through learning, education and getting yourself a vocation” . She told the girls to be content with what they had although financial constraints can be a huge factor in some of the decisions they undertake. They just have to make sure that they are very content with what comes to them and they should not be shy to seek guidance and support from their parents, or any sound adult. She added unless you ask for help, no one will magically know what your problems are.
Sister Rabiatu Barbar added that as the SHS students are waiting to go back to school, they could learn a trade to give themselves a source of income or enroll in SHS classes organized by some private institutions. She said to choose from the many other options to prevent them from being idle. Because idleness causes one to venture into all sort of social vices.
Sister Saudey Kokroko also added that the girls should build the habit of planning and taking advantage of the scale of preference. They should always look back on their days and try to find out how to make the next day better by correcting mistakes from the present.
The session ended at exactly 11:30am
RECOMMENDATION
The SHS graduates should be monitored every now and then to help them understand the importance of furthering their education especially in the community they find themselves.
OUTSTANDING MENTOR
Our MVP mentor is Rabiatu Ahmed Otoo, our official time of arrival was 8:00am but she suddenly fell sick on the morning of the session and at the venue, she was shaking with fever and cold.
Initially I thought she was just hungry so as a foodie I was recommending options.
She suddenly lost consciousness, that was when I knew it has turned for the worse. I didn’t know what to do and was actually thinking about the worse possible case.
Then with help from the mother of the house, we wrapped her in blankets in one of the room of the house, after about an hour and half of consistent monitoring and medication Alhamdulilah she gained consciousness and was given some drugs.
she still insisted on being part of the session. After the session I walked with her to her house because I wasn’t convinced she was fine. But Alhamdulilah she is fine and doing well.
Such dedication deserves recognition.