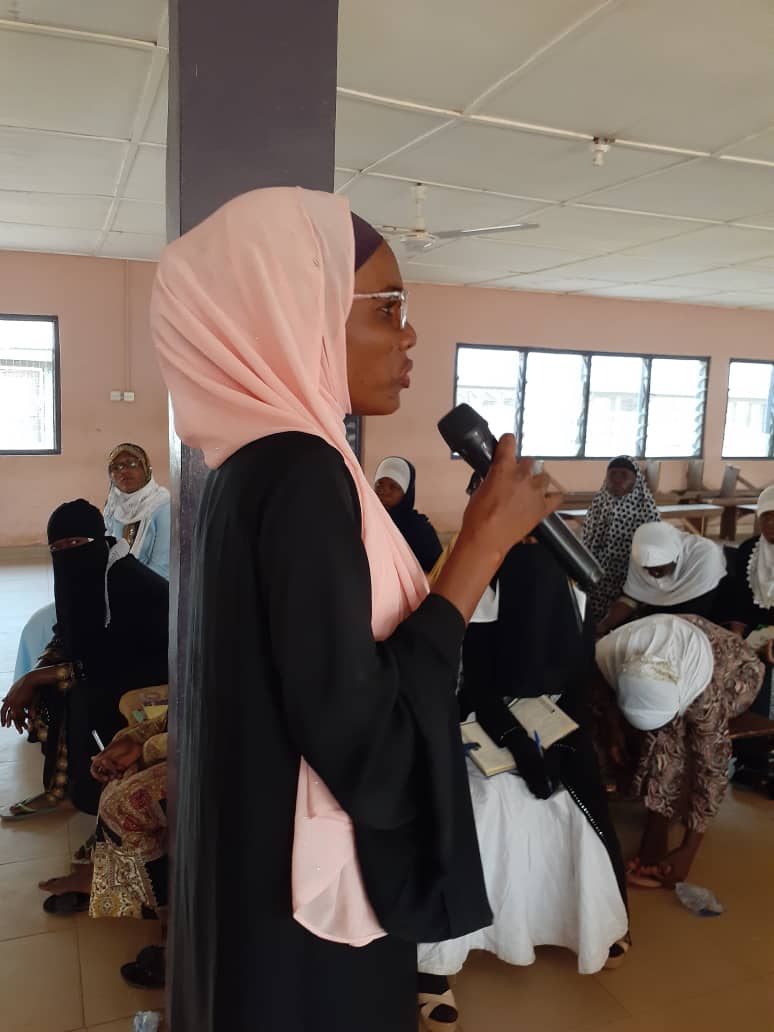 by SAUDEY
On the 26th of December 2019, MMN  visited the Wa Islamic girls school where this year’s AMLAC is being held after an invitation was extended to the network to come mentor some of the girls present for the programme.
Members present were
-Nafisa Mohammad
-Rahinatu Mohammed
*ARRIVAL*
The team arrived at the school at 4:30 pm and were welcomed by the Regional GMSA president and WOCOM of the Upper West Regional division. As at the time the team arrived, all the girls were seated and ready because they had just finished  with another session. The girls numbered fifty(50) coming from about sixteen(16) SHS  across the Region .
Sister Nafisa started the session with an introduction of what MMN does ,its vision,mission and objectives. This followed  the topics to be discussed. Some of the topics the team covered included ladies;
-Sex education
-Education
-Why the Muslimah should aspire to be the very best at whatever she does and the need to read alot.
All these areas were covered  by Sister Nafisa and Sister Rahinatu. Emphasis was made on the fact that their current situation should not define their destiny and only education has the key to their enlightenment.
Finally the session had to come to an end around 5:45pm since they had to prepare for Magrib.
RECOMMENDATION
The team of volunteer mentors in Wa recommend that a chapter of MMN should be inaugurated in the region.
The team realizes the urgent need for the big sister role this young women will need. It also recommends that mentoring sessions should be held at SHS and Basic  schools in the Region.  This will go a long way in helping the girls realize their goals and having role models among the sisters at MMN to look up to.
Thank you