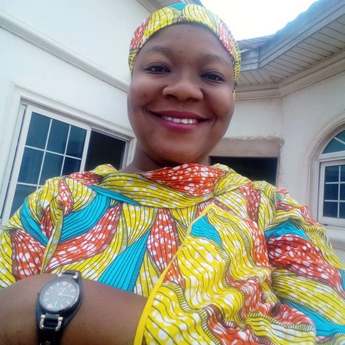 Bashiratu currently studies at the Pennsylvania State University for a Masters in Professional and Labor Studies with major in Labor and Global Workers Rights. She holds a Diploma in Development Leadership from the Coady International Institute of the St. Francis Xavier University in Canada. She has a Bachelor’s Degree in Human Resource Management with an Advanced Diploma.

She is a Cohort of the Ghanaian Women’s’ Leadership Program by the Robert F. Wagner Institute of the New York University with a certificate in Leadership.

She also holds various certificates on Youth Leadership from the Fredrich Ebert Stiftung Foundation (FES), Youth and Gender Development from the Organization of African Trades Unions (OATU), Gender Equality and mutual Gains negotiations, ITC of the ILO, Gender and Organizational Development by SASK a Finnish Trade Union, she is one of a few Gender Budgeting and Auditors within the Trades Union movement in Ghana trained by the International Trade Union Confederation (ITUC) – Africa.

She has passion for working on women, youth and children’s issues to ensure a better Ghana. She believes every community has a hero who can change their world. With these principles in mind, she has helped in providing alternative livelihoods for women’s economic development in 20 communities in the Kpando-Torkor and Kade areas in Ghana, and has being part of a team that worked on the withdrawal of about 3,000 children from child labour with provision of school uniforms, sandals and establishment of Bridge schools.

Bashiratu works as the Gender Equality Officer and Training and Education Officer of the General Agricultural Workers’ Union (GAWU) of the Trades Union Congress-Ghana (TUC). She facilitated the organization of the first 10 Regional and National Women’s Conferences for the Union after 56 years of existence in 2012. She spearheaded constitutional amendments of the Union on the Women’s Structures to ensure the visibility and integration of the National Women’s Committee into the main Union Structures.

She facilitated the establishment of Women’s committees in 30 communities of the Union to ensure the proper integration of informal women into the Union’s structures and activities. She also facilitated the development of a gender policy for the Union in 2016. She is runs a Union campaign on the provision of Child Care facilities by employers at the Work place, strengthen Maternity protection and also campaign against Violence at the Workplace, Sexual harassment etc. her work includes ensuring that negotiated Conditions of Service of Workers are gender sensitive to all.

Ms. Kamal has experience working as an intern with the Ghanaian Chronicle, a national newspaper, and Zuria FM, a radio station in Kumasi. She contributed to the drafting of the National Youth Policy of Ghana in 2008/9 as a student leader and the drafting of the Youth and Gender Policies of the Trades Union Congress- Ghana. She was one of the team members to finalize structures of young workers in the TUC-Ghana. She has been a stakeholder participant in to the development of the Draft Affirmative Action Bill and the National Gender Policy of Ghana as well as the 2nd edition of the Women’s Manifesto for Ghana.  Miss Kamal represented Ghana in the 1st African Youth Conference in 2008, organized by UNESCO in Burkina Faso.

She is a member of the National Women’s Committee of the TUC- Ghana, the Women’s Manifesto Coalition of Ghana, Muslim Female Graduate Association of Ghana (MUFGA) and the Network of Women’s Rights Organizations in Ghana (NETRIGHT)

Miss Kamal was born in the early 80s on 6th March and loves cooking, dancing, reading and making friends. She is married to Mr. Muslim Rauf and has 2 adorable children.